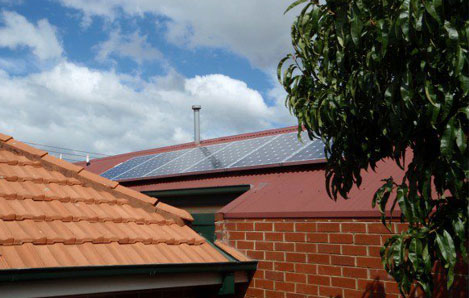 The South Australia Labor government continues to push the renewable energy button, offering “interest free” loans to 10,000 households to install rooftop solar and battery storage if it is re-elected in next month’s election.

The initiative, unveiled by Premier Jay Weatherill and energy minister Tom Koutsantonis, will offer the loans to 10,000 homeowners in the state, with no interest charged for the first seven years.

It follows the unveiling of Labor’s new 75 per cent renewable energy target for 2025, along with a 25 per cent “renewable storage” target by the same date, which equates to 750MW of battery, pumped hydro, hydrogen or solar thermal storage.

The new rooftop solar scheme is over and above the Tesla-led “virtual power plant” that will week to install and link rooftop solar and battery storage systems in 50,000 low income households, with a discounted electricity rate and no upfront payments.

It will favour locally made products.

Weatherill says that 33,000 households had already applied for that virtual power plant scheme, highlighting the deep interest in solar and storage.

Analysis from Bruce Mountain, of CME, on the costs of rooftop solar and storage shows it is “significantly” cheaper than the cost of grid-based power, particularly in South Australia, although many households cannot afford the up-front cost.

South Australia already has the highest penetration of rooftop solar in Australia, and likely the world, with more than 220,000 households, or 31 per cent.

Rooftop solar contributes more than 7.5 per cent to the state’s electricity demand, and is forecast by the Australian Energy Market Operator to reduce grid based demand to near zero on some days within the next decade.

“This scheme will help to significantly lower energy bills for those who access the no-interest loans to purchase a battery and solar PV system,” Koutsantonis said in a statement.

“As with the virtual power plant and other renewables project. these systems will also reduce peak demand on the grid, which lowers prices for all South Australians.