Energy is the new internet 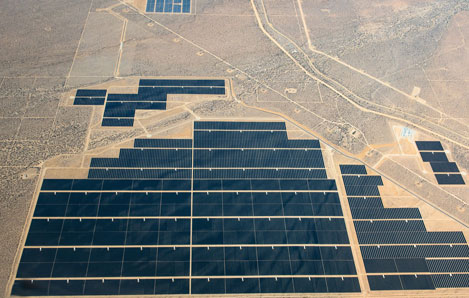 If you’re not paying attention to what’s going on in energy, you should. We’ve seen this movie before. Spoiler alert: There’s massive economic opportunity ahead. How massive? Imagine standing in 1992, knowing that Google, Akamai, Netflix, Facebook, Amazon, eBay, BuzzFeed and Uber lay ahead.

This time it’s the “enernet,” not the internet, that will transform our lives. The story is the same, though the players have changed.

Here’s the tee up. Across the country, incumbent network providers operate highly centralized networks in their respective cities. Then, scrappy local outfits start serving the market with innovative, distributed technology. These startups create competition, and a new network emerges atop the legacy network.

That was the backdrop 30 years ago when a little thing called the internet emerged. Startups like CompuServe, AOL, EarthLink, Netcom and a host of other local ISPs kicked off the conversion from analog to digital by offering internet access over existing cable and telco networks.

Today, the actors are SolarCity, Sunrun and a host of others moving us off fossil fuels and into clean energy supported by smart equipment, services and software, offered atop existing utility networks. This time, it’s the enernet.

Enernet. Noun. A dynamic, distributed, redundant and multi-participant energy network built around clean energy generation, storage and delivery and serving as the foundation for smart cities.

Jigar Shah, founder of SunEdison, seeded the enernet revolution more than a decade ago. He devised a breakthrough financing model that made solar affordable and scalable. He’s the Marc Andreessen of this storyline seminal, smart and strategic.

Today, watch Elon Musk. He presented new solar roof shingles to the world a few months ago. Solar that’s affordable and attractive. Plus, he’s integrating it into a game-changing home system with storage and EV charging. Think the world’s first iPhone. Musk’s electric car company, Tesla, is poised to be an enernet giant, the Amazon of this go-around – margin-challenged in its early years, but set to move.

It goes well beyond Tesla. There is a long list of enernet innovators now emerging. They are building nanogrids, microgrids, distributed energy resources and virtual power plants. They are creating new, intelligent building materials and smart lighting. They are deploying new networks and intelligence that are driving down costs and improving services.

At heart, the enernet is the foundation for smart-city tech, including the “Internet of Things,” distributed systems, interconnected backbones and networking technologies, EV-charging services and autonomous vehicles, to name a few. These technologies will drive dramatic change and force us to rethink our cities, municipal services and sectors like transportation, insurance, real estate and financial services.

From the enernet evolution will come smart cities that are an order-of-magnitude smarter, healthier and safer. The new network will also present quantum leaps in energy security and emergency resilience that can stand in the face of superstorms or cyberattacks.

Hold on to your seats. We’re at the early stages of something immense.

Still, I hear the seeds of fear and doubt. There is an oft-cited refrain that the transition will cost a lot and take a long time. That’s absolutely silly. We don’t look back at the internet transformation from analog to digital and think, “Wow, that was slow and cost a ton of money. We should have stuck with the typewriter and landline.” Fact is, it was blazingly fast and driven by those who understood the spend as leveraged investment, not cost center.

Likewise, the move to clean energy will seem fast and prudent as solar and energy storage continue to scale, smart cities accelerate and prices continue their fall.

We also hear “the utilities are in big trouble.” Let’s not be simplistic. Google didn’t kill Comcast. Comcast is doing just fine. The utilities that own transmission and distribution networks (the wires companies) have enormous value and opportunity ahead. There is no way that the transition happens without the participation of these companies, and there is considerable economic upside ahead for them. Forward-thinking utilities – Consolidated Edison, National Grid and others – see what’s coming and are poised to thrive in the enernet world.

Sure, fossil-fuel generators and suppliers have challenges ahead, just like the content companies were challenged by newer, more flexible, cost-effective content producers. It’ll be up to the management teams at these companies to de-risk the future with intelligent investment and acquisitions. Hats off to folks like David Crane, a visionary who worked to drive that transition at NRG Energy. We will see more of that type of leadership again over the next 10 years as market dynamics shift and outcomes become more obvious and urgent to the incumbents.

That said, enernet innovation, like innovation in every other sector, is unlikely to originate from within the incumbents. If you don’t believe me, read books like The Innovator’s Dilemma by Clayton Christensen or this article from Accenture that asserts “corporate innovation does not work.” Unless a Lou Gerstner or Steve Jobs is at the helm of an incumbent, innovation will be acquired, not grown.

This backdrop presents incredible opportunity for startups and early investors in the space. I’m excited to be part of that, and I hope that talented entrepreneurs turn their attention from the app economy to the enernet. There’s enormous upside.

As I said, we’ve seen this movie. Let’s stop acting surprised, and instead start acting. An economic powerhouse awaits the United States. We’ll be thankful we chose to become a worldwide enernet leader, as this evolution creates a new kind of healthy, robust economy.