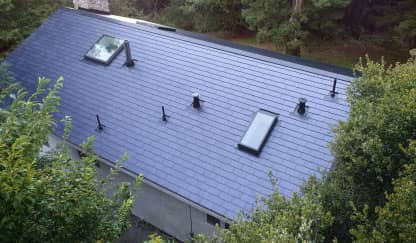 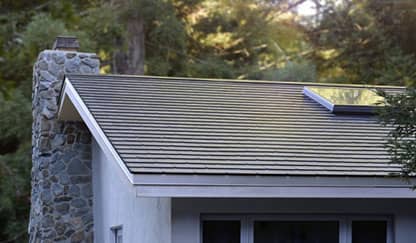 With the release of its second quarter 2017 after market close today, Tesla confirmed that they finally started installing their solar roof tiles in homes – though those homes are owned by their executives and employees.

The company wrote in their shareholders letter sent out today:

“The first Solar Roof installations have been completed recently at the homes of our employees, who we chose to be our first customers to help perfect all aspects of Solar Roof customer experience. By pairing either Solar Roof or our existing retrofit solar panels with a Tesla Powerwall 2, our customers can enjoy sustainable energy independence.”

They are taking a similar approach as with Model 3, which is now only being delivered to employees and the first customer deliveries are not expected until October.

Hopefully, it will be sooner for Tesla’s solar roof customers, but we wouldn’t bet on it since things seem to be lagging behind at Giga factory 2 in Buffalo, where they will be mass producing the solar tiles.

Earlier this year, they said that they started production at their pilot facility in Fremont and aimed to move the production to Buffalo “soon after”, but they now say that they aim to start production in Buffalo “before the end of the year”.

“We are building pilot Solar Roof products at our Fremont facility now and plan to start production at our Gigafactory 2 in Buffalo, New York before the end of the year.”

CEO Elon Musk said those pictures were not taken for promotional purpose, but just by the installers and that he had the tiles also installed on his house as well as CTO JB Straubel’s house.

Tesla started taking orders with a $1,000 deposit for the first versions of its solar roof tiles in May and the product was sold out “well into 2018” within the first few weeks.

The company says that the “typical homeowner can expect to pay $21.85 per square foot for a Solar Roof”. It comes with a lifetime of the house warranty and 30-year power generation guaranteed. After the electricity production, Tesla estimates that its solar roof will be cheaper than regular tile roofs or virtually pay for itself through electricity savings.

It’s still expensive enough that it only makes sense for homes with a significant market value, but the market is still expected to be quite large, especially in California.

While the product is still not widely available, Tesla is still deploying regular solar panels where it makes sense. They disclosed that their solar division, formerly known as SolarCity, deployed 176 MW of solar energy generation systems during the last quarter.

Tesla solar roof products are perfect for homeowners who want solar and need a new roof relatively soon, but a regular solar panel installation is still a better solution for people who don’t need a new roof. Solar and energy storage prices are highly dependent on your market (electricity cost, gov incentives, etc.) and your property.

For more on info on solar panels installations and Tesla Powerwall 2 visit : www.reasolar.com.au