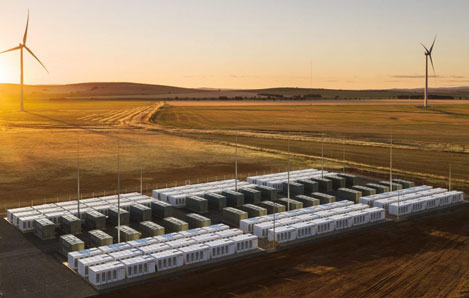 Last Friday, Tesla won a tender to build the world’s largest lithium-ion battery, which should help Australia ease its energy crisis. A breakdown of company revenue reveals that energy generation and storage has been the fastest-growing segment in recent years. With dozens of other successful commercial installations, this might be just a humble beginning of a new era for massive energy storage systems. Tesla’s pricing makes perfect sense as its primary goal is to gain market share. With falling costs and increasing economies of scale, sooner or later, profits will come.

In recent weeks, discussions over the credibility of Elon Musk’s statements have been culminating. Even though the commencement of the Model 3 production and Q2 deliveries grabbed the most attention, the last few days indisputably belonged to Tesla’s Australian energy storage deal. Much to my surprise, the project has been immediately surrounded by a strong wave of skepticism, which comes primarily from Tesla’s short sellers. For example, Seeking Alpha fellow contributor Montana Skeptic wrote:

If the South Australia deal were going to change the losing trajectory of Tesla Energy, wouldn’t Tesla be announcing the great news in a press release, accompanied by tweets from Musk? Of course it would, and of course, he would.
However, as convincing as these statements and main arguments of the article may seem at first glance, I believe that they fail to put the deal in a broader context and as a result provide a distorted view of the reality.

Let me explain this further in the following paragraphs.

Is money the only benefit Tesla gets from the Australian deal?

Certainly not. As Elon Musk emphasized on several occasions, Tesla’s mission is to accelerate the world’s transition to sustainable energy. In this sense, Tesla focuses on goals greater than making money every single quarter and therefore financial details of the latest giant battery deal in South Australia should be seen at least as important as the company’s reputation, credibility and expertise.

Apart from helping to solve Australia’s power problems, Tesla’s energy storage solutions also support numerous other applications such as electricity price optimization or availability of an emergency backup in the event of a grid interruption due to unexpected environmental disasters, which was the key rationale for building the world’s current largest battery system in Southern California.

With a constantly growing share of renewables in the global energy basket, the demand for energy storage systems will only rise. More and more commercial subjects will be looking to take an advantage of peak shaving, load shifting and demand response features of energy storage systems and therefore Tesla needs to be building its brand in this sector from now on.

Was the tnder non-standard by any standard measure?

Although the majority of media reported that there were 91 bidders on the project, 14 bidders were invited to provide more detail and five considered for detailed assessment, some observers suggest that the tender was rigged and “normal bidding procedures were sidestepped”. If this were true, some investigation would likely have been already launched and a tangible evidence would have been provided. Without any material testimonies, these allegations remain just false assumptions and Twitter photos will mean nothing more than Twitter photos.

In terms of making an assessment it was head and shoulders above the other bids. It also has other side benefits of providing this extraordinary international exposure for South Australia and its leadership. All of those things were powerful. It was the best value for money. Is Tesla Energy a losing endeavor?

Despite severe criticism of Tesla Energy business margins, annual data provides a different picture. As can be seen in the output from Tesla’s latest 10-K below, the profitability of the energy generation and storage segment has been always poor, but overall always positive on the gross margin line.

Separating increases in revenue and cost of revenue for SolarCity and energy storage systems, the component gross profit margins for the last year then totaled 20.3 and -19.6 percent respectively. This is a lot more concerning perspective, but still understandable with respect to the energy storage industry lifecycle.

Every year, Tesla spends a significant amount of money on research and development, which usually takes long periods of time before it starts bearing any fruit. Tesla’s innovation of the global energy storage industry is just at its early beginning and therefore it is highly unreasonable to expect any profits at this stage. The primary goal of the company now is to establish its presence.

Are prospects of Tesla Energy really so bleak?

As small as the energy generation and storage segment might currently seem in terms of its contribution to Tesla’s total revenue, it has been the fastest-growing segment. Revenue CAGR of the segment over the last two years reached 557 percent, which reduces to 381 percent with the exclusion of revenue from SolarCity. In contrast, automotive revenue “only doubled.”

Clearly, the Tesla Energy segment sales have just started gaining early momentum. As Musk indicated last year, the acquisition of SolarCity considerably simplifies the complicated bidding process for large utility scale energy storage installations and therefore the Australian giant battery deal is likely to be soon followed by other ones.
With falling costs due to technological advancements and increasing economies of scale from mass production, it is a matter of time before Tesla Energy turns profitable. It has been not so long since claimed a 35 percent battery cost reduction to about $125/kWh. If the current pace of innovation continues, Tesla battery cell costs could soon fall even below $100/kWh.

To sum up, it’s easy to succumb to the mistaken belief that tomorrow cannot be better than today. With significant R&D investments and below-cost pricing, Tesla is playing the long game and investors should too. In order to get a deep understanding of Tesla (TSLA), one has to see things in a broader context rather than independent events. The energy storage industry is just emerging and therefore Tesla Energy’s best years are yet to come.

Additional disclaimer: Please note that this article has an informative purpose, expresses its author’s opinion and do not constitute investment recommendation or advice. The author does not know individual investors’ circumstances, portfolio constraints, etc. Readers are expected to do their own analysis prior to making any investment decisions.