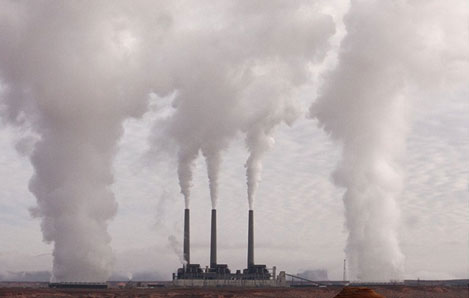 Australia is falling further behind its Paris emission reduction targets, as the latest emissions estimate from consultancy NDEVR Environmental shows a surge in the first quarter of 2019, increasing the gap between Australia’s emissions and the trajectory that the government insists will be met “in a canter”.

In the first three months of 2019, NDEVR estimates in the latest edition of its ‘Tracking 2 Degrees Report’ that Australia’s emissions jumped by 3.4 million tonnes CO2-e compared to the same period a year prior, or around 2.5%.

The emissions increase was driven by a substantial increase in electricity emissions, which jumped 8.2%, due to a slight fall in renewable electricity and a rise in fossil fuel generation.

NDEVR Environmental track’s Australia’s progress against the emissions reduction targets it has committed to under the Paris Agreement. Its timel and accurate estimates of Australia’s emissions contrasts with the Government’s often late delivery of emissions updates despite orders of Parliament mandating deadlines for their release.

The trend shows Australia falling increasingly behind the trajectory needed to achieve its Paris target, which requires Australia to reduce overall emissions through to 2030 by a range of 26% to 28% from 2005 levels.

NDVER estimates that if Australia’s emissions continue to grow in line with their current trajectory, Australia will exceed its Paris targets by a cumulative amount of 970 million tonnes by 2030.

The excess in emissions would amount to almost two additional years of Australian emissions by 2030.

When compared to 2050 targets recommended by the Climate Change Authority, that are consistent with limiting global warming to no more than 2 degrees, NDEVR estimates that Australia has already used up almost 33% of its 2050 emissions budget in less than seven years.

Recent years have seen emissions in the electricity sector trending downwards, in what has been one of the few positive trends for national emissions.

However, the first three months of 2019 bucked this trend, with a 6.5% increase in electricity demand in the summer heat compared to the previous quarter being met predominantly by increased use of fossil fuels.

It took electricity sector emissions to their highest quarterly level since mid 2017. NDEVR said large scale electricity generation (i.e. excludes small scale solar generation) on a state by state basis for the NEM states this quarter was as follows:

NSW generated 15.5 TWh with 4.4% coming from renewable sources such as wind and hydro power, this is down from 4.8% renewable generation in the previous quarter.

QLD generated 14.3 TWh with 2.4% coming from renewable sources such as hydro power, this is up from 1.1% renewable generation in the previous quarter.

VIC generated 10.1 TWh with 11.0% coming from renewable sources such as wind and hydro power, this is down from 11.8% renewable generation in the previous quarter.

SA generated 2.7 TWh with 31% coming from renewable sources such as wind power, this is down from 40% renewable generation in the previous quarter.

TAS generated 1.8 TWh with 88.6% coming from renewable sources such as wind and hydro, this is down from 98.4% renewable generation in the previous quarter.

The first quarter of 2019 also saw further increases in fugitive emissions, which have increased in line with growing extraction and processing of LNG.

Fugitive emissions grew 22% in 2018, and are expected to grow further through to 2020-21, as additional gas extraction and processing facilities are brought online.

NDVER also notes that the Australian Government has made a significant revision to historical emissions related to land use change, due to “improvements made to the annual collection and processing of activity data and to emissions estimation methods for the LULUCF sector”.

A recalculation of land use emissions has resulted in an increase of LULUCF emissions of 226.2 million tonnes between 2001 and 2017, which represents a 54% increase from previously reported emissions figures.

Australia faced a grilling from other countries at a recent round of UN climate change negotiations, with some delegates questioning whether Australia was on-track to achieve its Paris targets, while emissions have been on an upwards trajectory.

It appears likely that the Australian Government will insist on being allowed to carry over surplus permits from the Kyoto protocol into the Paris Agreement, an arrangement that is not guaranteed and is still under active negotiation.

Analysis from NDEVR, and the government’s own emissions accounts show that without the carry-over units, the Government is not on track to meet its Paris targets. With the government indicating it has no intention of taking any further measures to reduce national emissions, there is growing uncertainty over how Australia’s targets may be reconciled with its minimalist suite of policies.

With emissions now increasing across most sectors of the Australian economy, the government is likely to face renewed calls for more meaningful action, including the possibility of the introduction of a nation-wide price on carbon emissions, which has long been the preferred mechanism for investors.

To find out more on Queensland Solar and Solar Power Brisbane feel free to visit our website.